Never met a gardener who wanted to see insects wreaking havoc on a bed full of ripening produce. Luckily, it’s possible to keep unwelcome visitors away.

In nature, there are always some garden pests chewing on plants; that’s just the way it is. However, not all pest damage is significant enough to warrant action. Even the healthiest gardens encounter bugs at one time or another, yet they still produce a beautiful harvest. As gardeners, we must each consider the level of pest activity that we are willing to tolerate. Since some pesticides can hurt the beneficial bugs that actually help your plants.

The best way to maintain a healthy garden is to educate yourself and learn to identify common “bad bugs.” Inspect your garden regularly to detect problems early. 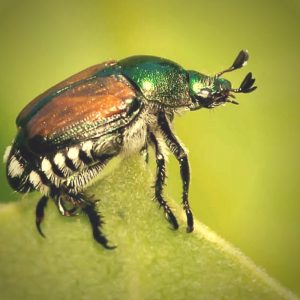 The beetle family contains a vast range and size of beetle. Some are good for the garden such as ladybugs. Ladybugs are predators of aphids and so should be encouraged into the garden. Others such as the cardinal beetle are more destructive. Flea beetles are destructive to crops and will attack leaves and seedlings. Although there are many varieties, beetles can be identified by their hard protective wings covering their body. Most beetle species can fly, and are rather mobile. 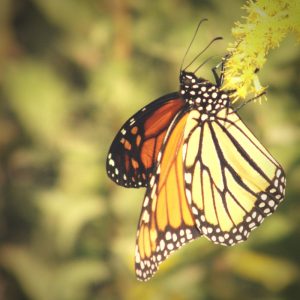 Butterflies are in the same group of insects as moths. Butterflies tend to have rather large wings, and many are beautifully patterned. With most butterflies, the male is smaller than the female. They begin their lives as caterpillars, before turning into a chrysalis, and emerging as a butterfly. However, beautiful as they are in their latter stages of life, it’s at the caterpillar stage they are at their most destructive. Certain varieties of butterfly such as the Cabbage White can be destructive to crops, stripping leaves bare. 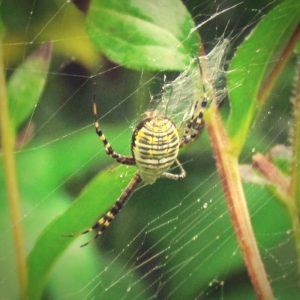 Spiders are distinctly recognizable by their eight legs. This means they are not insects, which generally have six legs. Spiders are carnivorous and predators. They catch their prey in webs spun from silk glands at the rear of their abdomen.

Spiders help control flies, mosquitoes, moths, beetles, wasps and other insects, keeping their populations down. This helps protect you from being bitten or stung while you’re working in your garden, and it can help your plants by reducing the number of hungry insects in the area. 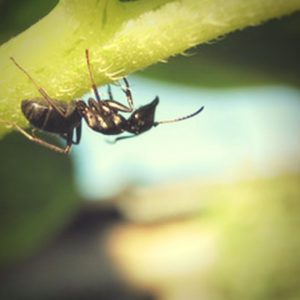 Ants steal seeds but generally do not harm a growing plant directly. They can however, damage plants by loosening the soil around the roots, causing the plant to wilt and die.

Ants also carry greenfly from one plant to another, and can often be seen running along the stems of peonies feeding on the sticky substance the flower buds produce. It is a common misconception that peonies need the ants to help the flowers open, this however is not true. 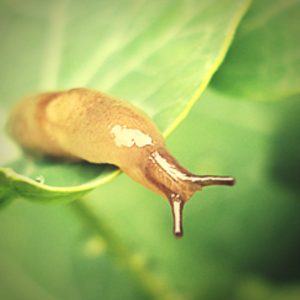 These are both serious garden pests, and appear especially when the weather is wet and cool.

Slugs and snails are closely related, though slugs lack visible shells. These pests share the same modes of operation. They usually limit daylight excursions to dark, cloudy days. On sunny days, you’ll find them hiding in garden debris, under boards or in similar moist places. Most slug and snail damage occurs after dark. Large, irregular holes in leaves or petals, and succulent stems snipped in half, signal an invasion is underway. Silvery, slimy trails of drying mucus offer conclusive evidence. 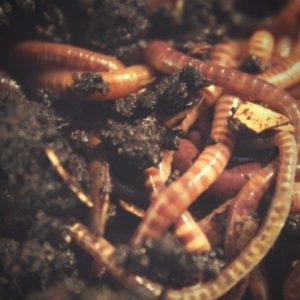 Earthworms are generally the gardeners’ friend. They aerate the soil, break down plant matter and recycle decaying waste. By bringing nutrients closer to the surface, they help to fertilize the soil. Unfortunately, they commonly fall prey to birds. The only time worms can become a problem however, is when they begin to leave worm casts all over the lawn. There are other types of worm that aren’t quite so friendly: wireworms can be a serious pest, attacking the underground roots of many plants and hollowing out tomatoes.