The honeysuckle is often used as a colorful climbing vine or fragrant shrub. There are also honeysuckle varieties that do well as winter-flowering shrubs. The shrub types of honeysuckles grow to a height of fifteen feet and almost as wide occasionally. 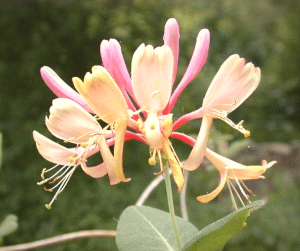 Some climbing types of honeysuckle plants can grow up to thirty feet tall. Generally speaking they are easy to start on fences, walls and trellises. They are a hardy plant and can handle a wide range of environments. Honeysuckle plants flower in full sun but also grow well in shade. Moist, well-drained soil will serve the honeysuckle just fine.

The stems of the plant will twine around anything in its path. The honeysuckle plant is known as a rambling wild flower with around 200 different species. The Japanese Honeysuckle flowers are included in homeopathic medicines that treat asthma, coughing food poisoning and other common aliments. Chinese honeysuckle plants are used in herbal cures for rheumatism and diarrhea.

Insects enjoy the sweet summertime flavor the plant has to offer. Children also suck on its honey sweetness like it was a piece of candy. Cat owners should be careful, because there are some honeysuckle plants that can be toxic to cats. The berries of the plant can also be toxic for birds. 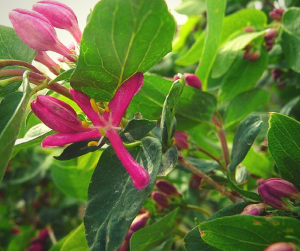 The honeysuckle is perfect for attracting wildlife to your garden. Butterflies, bees and hummingbirds rely on the plant as a food source. Once the honeysuckle plant is establish and flowering, you can relax in your favorite chair and watch the wildlife come into view.

If you would like to reproduce this plant, stem cutting is a popular method. A common enemy of the honeysuckle is the ant, and they tend to launch their attack during the spring and fall. The plant got its name from the pungent nectar in the center of the bloom.

These climbers can be divided into two groups, those that flower on the current year’s growth and those that bear blooms on stems produced last year. Those that flower on new wood do not need regular pruning unless they outgrow their allotted space. In this case, cut back all stems in winter to allow for the new growth the following season. If the climber gets over crowded remove about one third of the oldest stems, cutting back to near ground level. Honeysuckles that flower on the previous year’s growth should have old growth that has flowered cut back to a newer shoot produced lower down on the stem. 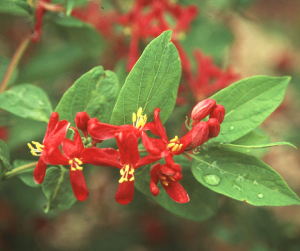 Prune honeysuckle only if it has become sparse at the base and the flowers are too high, or if the tangled mass of stems is too thick. This sometimes happens if the plant is grown on a trellis of limited height, when the stems reach the top; they cascade downwards and begin to grow upwards, using the already tangled stems for support. If you prune back hard you will lose flowers for a season or two. Avoid this by shearing off only dead or badly placed shoots, especially those beneath healthy growth.

You could use specters, but the job will be very tedious among the mass of tangled stems. If it is done carefully, the plant will not look very different yet much of the redundant growth will have been removed. As you will almost certainly have severed stems that remain entangled, you may notice dead stems, which will need to be pulled out, sever the stems in several placed if this helps to disentangle them. Prune the rambler rose after flowering, late summer is a good time. Older, congested plants can be more off putting than younger ones, but all rambler roses are fairly straightforward to prune if you work on them methodically. 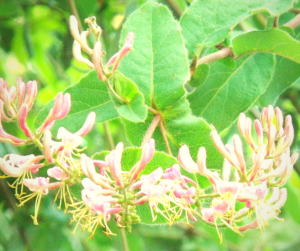 Once you have a well established rambler, try to balance the shoots that you remove with those available to replace them. First, cut out any dead or damaged shoots or those that are very weak and spindly. Do not remove very vigorous, young shoots. Cut out old stems that have flowered, but only where there are new shoots to replace them. This will vary from plant to plant and year to year. Shorten the side shoots on old stems that have been retained, those that have flowered, to leave two or three leaves.

Azaleas: A Key To Creating A Beautiful Landscape

Planting an Island Garden in Your Yard