Not all the insects, worms, spiders and flies that frequent our gardens should be considered pests. Many of them are actually beneficial for the plants we’re trying to grow, because they pollinate flowers, aerate the soil and/or prey on plant-eating insects. The use of pesticides will kill off these helpful critters; on the other hand, the services they provide for us might allow us to dispense with chemicals in our gardens entirely.

Predatory insects are nature’s way of controlling other insect populations. For this reason, killing off all the bugs in our gardens indiscriminately can upset the natural balance and cause other types of pests to proliferate. We would do well, then, to identify those that are doing us a service.

8 of the most common beneficial bugs 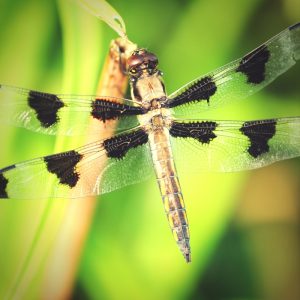 These insects are most commonly found near water, but they can fly long distances to other areas. They are proficient hunters of flies and mosquitoes. Dragonflies come in an array of colors, but can be identified by their two sets of finely netted wings that remain outstretched at all times. 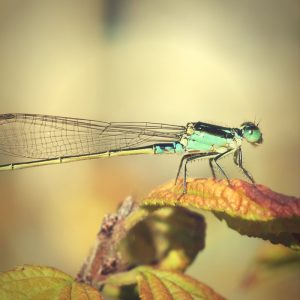 Closely related to dragonflies, damselflies are usually more slender and bright blue. They do not fly as far, however, but prefer to stay near ponds and streams. They eat nearly any other insects – particularly aphids, which are notorious garden pests. 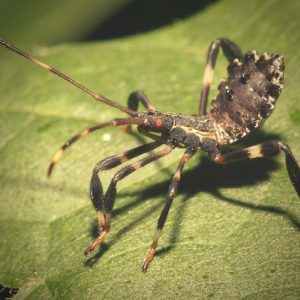 So named because of the paralyzing venom that they inject into their victims, assassin bugs prey on flies, Japanese beetles, and tomato hornworms and other caterpillars. Their bodies are oval (usually a dull brown color, though some may be brighter) and they have long legs, long narrow heads, and curved beaks. 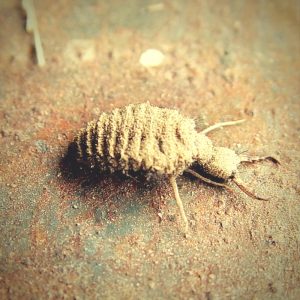 Ranging in size from 1½ to 4 inches, adult ant lions somewhat resemble damselflies, except that their antennae are longer and blunter at the ends. Their bodies are long and thin, and their wings transparent. Ant lions prey on various small insects; their larvae eat smaller insects, and ants. 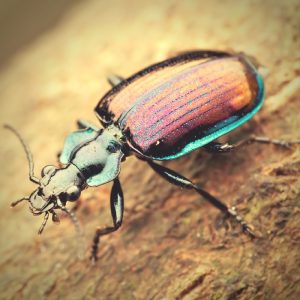 Ground beetles are small (1/8 inch to 1 inch maximum). They are either bluish-black or dark brown, though they can have a metallic sheen of green or bronze. Ground beetles have large, strong jaws. They move quickly, feeding on the larvae of other insects – and their eggs. 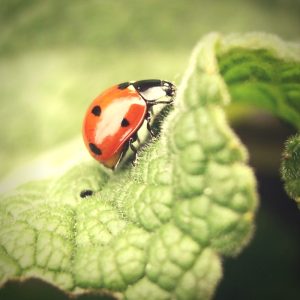 Because of their bright color, it’s easy to spot these beneficial bugs (officially named Ladybird Beetles) in your garden. They can feed on a variety of tiny insects, but aphids are their favorite. 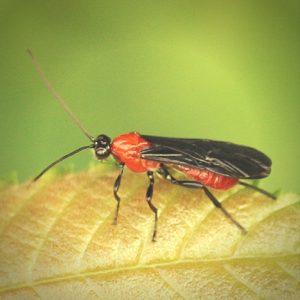 These valued predators, which grow no bigger that ½ inch, look similar to flying ants. Various species have different diets, but their prey include tomato hornworms, cabbageworms, gypsy moths, and various insect pupae. 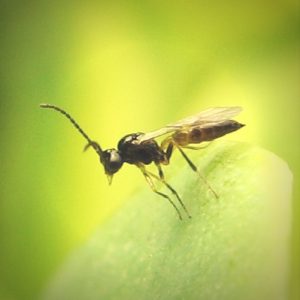 These wasps, like the braconid, have a distinctive way of killing their prey: laying their eggs upon such hosts so that they can serve as a first meal for the hatching larvae. As their name implies, aphidiid wasps prefer aphids as their hosts – and each female can find hundreds to prey upon in a single day. They also, like the braconid, resemble flying ants with long antennae, though the aphidiid wasps are generally even smaller.